GAUTENG – A 39year old man is expected to appear before the Germiston Magistrates Court on charges of extortion this morning. 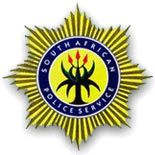 His apprehension came after the Hawks’ Serious Corruption Investigation in Gauteng conducted an entrapment operation in Bedfordview, east of Johannesburg on Wednesday afternoon. It is alleged that the suspect, who identified himself as a tax consultant from the South African Revenue Services (SARS), approached a Gauteng prominent businessman claiming that his business was owing over R100 million on tax returns. He allegedly demanded the amount of R3.5 million in order to cancel the businessman tax returns owed to SARS.

An entrapment operation was conducted and the suspect was arrested in possession of the entrapment cash, R25 000 which he allegedly demanded as deposit to start the cancellation process on SARS systems. The suspect is charged with extortion. Investigation continues and more arrests cannot be ruled out.

Are you a resident in South Africa for tax purposes?